Check back later to learn about our speakers. 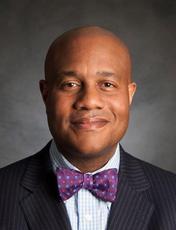 William Toles is recognized by Martindale-Hubbell as an AV Preeminent-rated attorney.

William is a trial lawyer with extensive experience handling high exposure litigation. After trying more than 75 jury trials as an assistant Dallas city attorney, Mr. Toles joined another Dallas-area law firm in 1998 as a senior litigator and later name partner prior to coming to FSSV in 2012. He has handled more than 40 civil trials to a successful conclusion and jury verdict. Mr. Toles has trial experience throughout the state of Texas in tort litigation ranging from simple negligence cases to more complex premises liability, DTPA, commercial and contractual dispute matters.

Mr. Toles is active in his church and community. He is a member of the Steward Board of Christian Chapel CME Church. Mr. Toles has previously served as a United Way Grant Panel Member and Chairman, and he was a member of the Leadership Dallas Class of 2012 and a Class Advisor for the Leadership Dallas Class of 2013. William is actively involved with Leadershape. He has previously served as a cluster facilitator at a national session, and a co-lead facilitator at the University of Texas (Austin) and The Ohio State University. Additionally, he has served as a Big Brother through the Carrollton-Farmers Branch Independent School District. 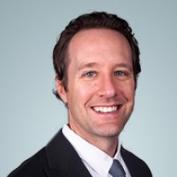 Board Certified by the Texas Board of Legal Specialization, Spencer Browne has tried over 50 cases to verdict throughout Texas. He has obtained millions of dollars in verdicts, judgments, and settlements. His practice focuses on complex pharmaceutical, contract, insurance, trucking, and general personal injury litigation.

Spencer was voted ‘Dallas Best’ by D Magazine for 2015

Spencer was named a Rising Star by Texas Super Lawyer Magazine in 2011-2016. 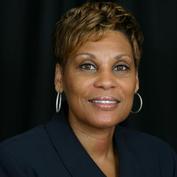 Hon. Cheryl Lee Shannon has been a District Judge in Dallas County for  twenty one years, presiding over the 305th District Court hearing juvenile matters, child abuse and neglect cases and a myriad of matters relating to parental termination/adoption issues.  She was formerly an Associate Judge in Dallas County for both the 304th and 305th District Courts and held this position for four years before being elected to the Bench.

Judge Shannon graduated from the University of Houston with a degree in Political Science in 1979 and from the University of Houston Law Center in 1982.  Upon completion of Law School she worked in various areas of the legal profession including real estate, corporate and family law.Judge Shannon currently serves as the Chairman of the Dallas County Juvenile Board, President of the Dallas County Charter School Board, has served on the Texas Juvenile Probation Commission, is a member of the State Bar of Texas Juvenile Justice Committee and has served on the Supreme Court of Texas Permanent Judicial Commission for Children, Youth and Families.  She has formerly served  as a Board Member of Texas CASA, Board Member of Texas School Safety Center Board, Supreme Court Task Force of Foster Care and Committees relating to Youth Issues that are too numerous to name. She is active member of the Juvenile Section of the Dallas Bar Association and has served on the Nominations Committee for the Judicial Section of the State Bar of Texas.   She has been recognized by Dallas CASA and many local civic organizations for her commitment to children.  Judge Shannon received the 2010 L. A. Bedford Distinguished Jurist Award and the 2011 Women of the Judiciary Award from a leading Business and Professional Women’s Club. Judge Shannon also received the 2012 Humanitarian Award for her selfless commitment to youth and families from Top Teens of America – Dallas Chapter.Judge Shannon has been a previous presenter to the Advanced Family Law Course in 2004 – “Kinship – The Ties that Bind” replicated by the Dallas Bar Association and Juvenile Law Conference in 2005 and 2006 respectively; Advanced Family Law Course in 2007 – Gestational Agreements, Termination and Adoption;  Advanced Family Law Course 2008 –  Adoption Issues: Tips for the Lawyer and a presenter to the Marriage Dissolution Seminar 2009 – Visitation for the Impaired Parent; Advanced Family Law Course 2010 – Disproportionality – How Legal Representation Impacts the Best Interest of the Child.  Judge Shannon is a presenter for the New Chiefs Development Conference through Sam Houston State University and is a frequent presenter in Dallas County in Seminars and Conferences relating to Juvenile Law and Child Abuse and Neglect Matters.  Most recently Judge Shannon was the Keynote Speaker for the Champion for Children luncheon hosted by Texas Lawyers for Children and the W.W. Caruth, Jr. Child Advocacy Clinic for the SMU Dedman School of Law and the Keynote Speaker for the 30th Annual Prevent Child Abuse Texas Conference.Judge Shannon is also an Adjunct Professor in the Social Work Department of Eastfield Community College.